Coachella is an annual music and arts festival held in Indio, California, USA. It features a wide variety of musical genres, including rock, indie, hip hop, and electronic dance music, as well as art installations and sculptures. The festival is typically held over two weekends in April and attracts large crowds from around the world. It is one of the most popular and influential music festivals in the world.

2023 marks an historic year with the event’s first Latin artist as a headline act. 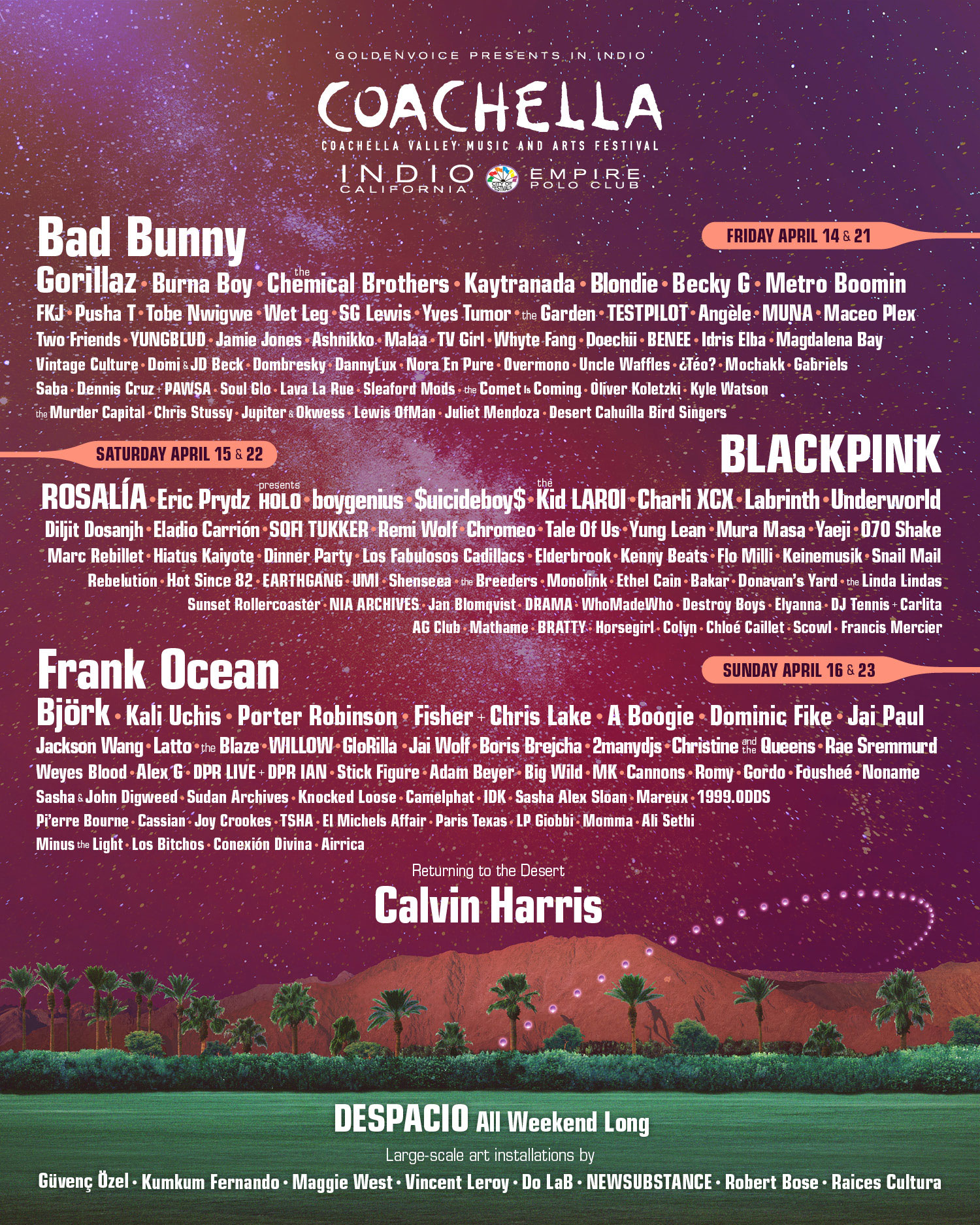